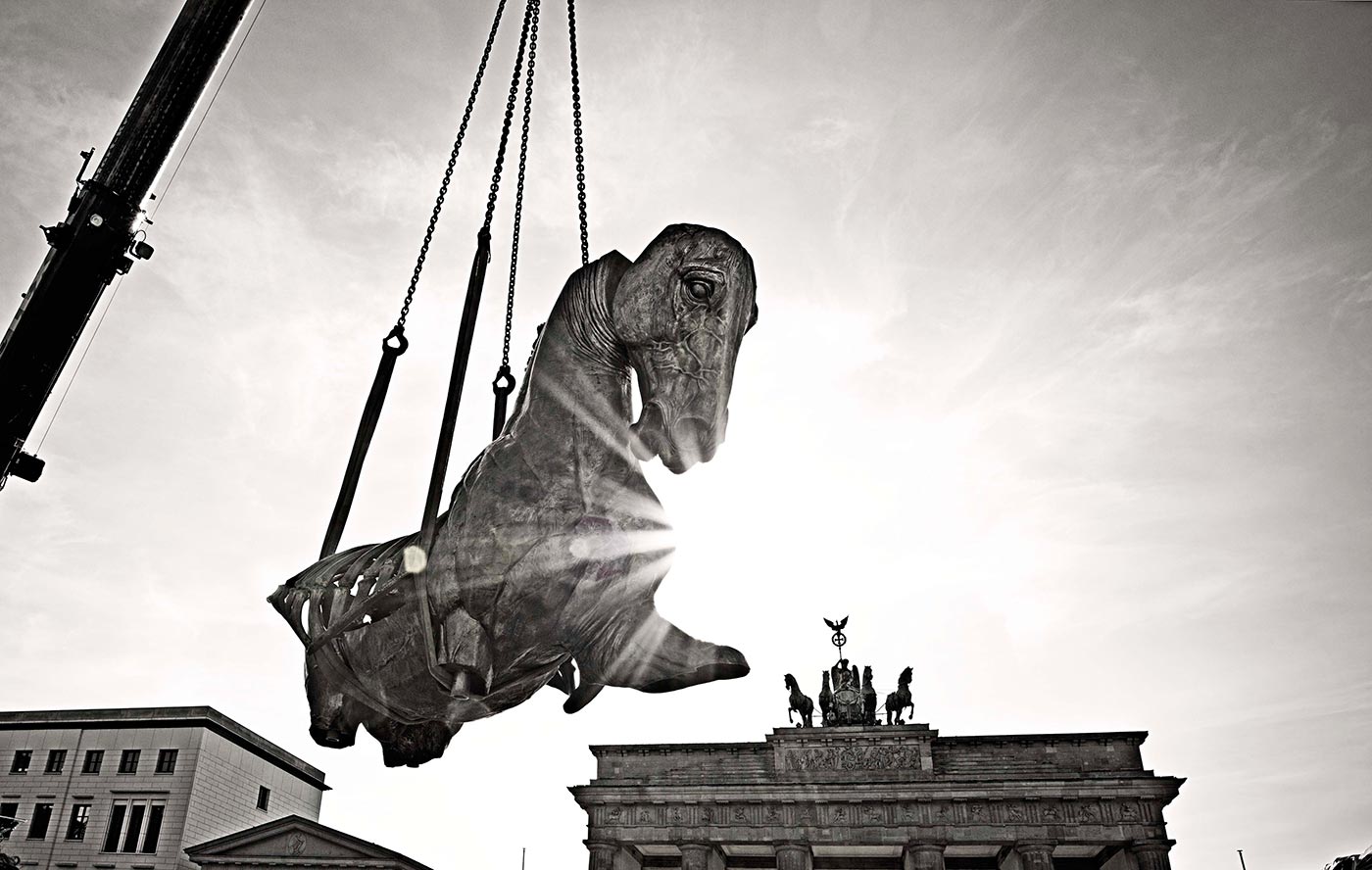 Posted at 13:55h in the exhibition by zeropiu
0 Likes

2015 is the 70th anniversary of the liberation from the Nazi -dictatorship: A reason for commemoration to the victims and a reflection about our political and cultural present in Europe and in the world by dealing with separation, borders and migration.

In celebration of May’45 – Spring in Berlin“ the Mexican artist Gustavo Aceves realises an art project with life-sized horses on the Pariser Platz in front of the Brandenburg Gate. His sculptures are directly located in oppostion to the Quadriga of the Brandenburg Gate. The Quadriga of the Brandenburg Gate symbolises German history with its many facets: Almost completely destroyed, its condition memporialises the end of the Second World War and marks the beginning of the division of the city, of Germany and Europe. Whereas its late reconstruction during the 1990s stands as a symbol for the reunification, the development of Germany, reconciliation and mutual understanding.

They reflect the historical infirmity of the Quadriga and bear evidence of their own journey in itself: Migration, asylum-seeking, immigration. Where the horses go To is unanswered. Effective actions are called for with regard to the versatile socio-political challenges of migration, immigration and integration in today’s world.